Andrew Davidson, 1836-1918, was born at Kinneff, Kincardineshire (now Angus). He studied medicine in Edinburgh, and served as a missionary surgeon in Madagascar, where he and his wife raised a family. Later he practised in London and became Medical Advisor to the Colonial and Foreign Offices.

The 1907 Grant of Arms to Andrew Davidson is shown here. The parchment, on which the coat of arms was painted and it’s description inscribed, still has the original Lyon Court wax seal attached. The original box with the royal cipher, in which this item was kept, has also survived.

This unique family document was brought to the Clan Davidson Association by a family who found it in an auction. 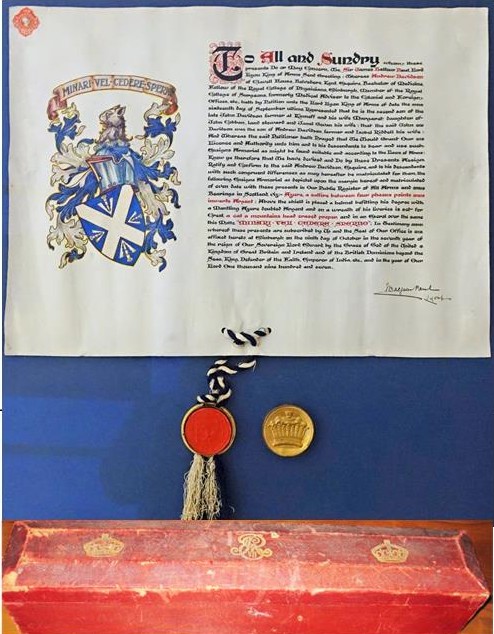