In the historic city of Stirling, we welcomed several new members, who came to our Clan Gathering for the first time, and enjoyed meeting many other families with Davidson ancestry.

Clan Davidson members travelled from as far away as Australia, New Zealand, Canada, Belgium and the Netherlands to join members from Scotland, England and Ireland at our 2019 Gathering weekend.

After an informal meal on Friday night, great fun was had when tables formed teams to compete in a mind stretchingly hard quiz (no Googling allowed!). Our short AGM on Saturday afternoon, was followed by an extensively illustrated talk about historic Davidson connections with the Stirling and Fife area, and also from further afield. 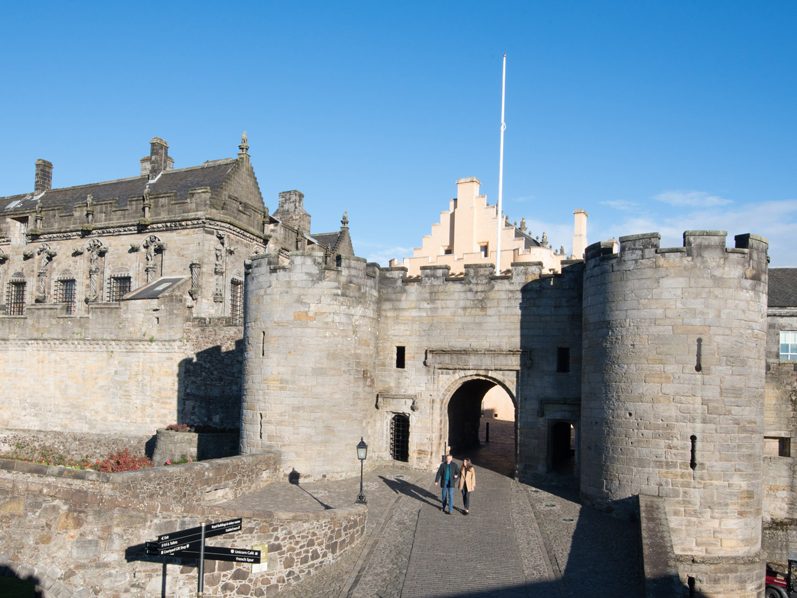 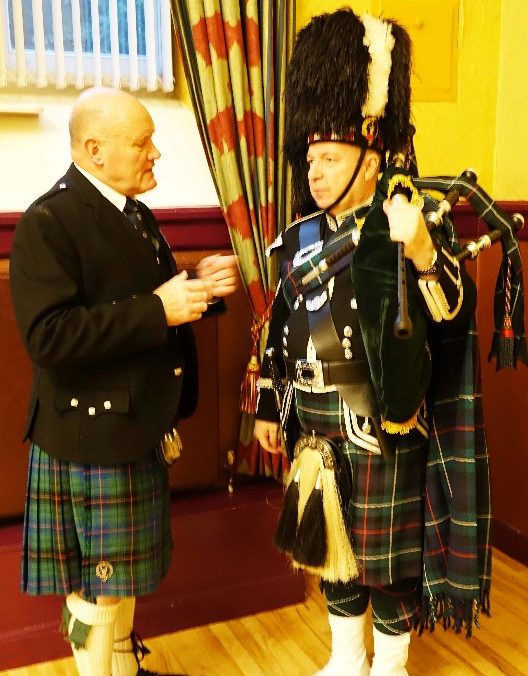 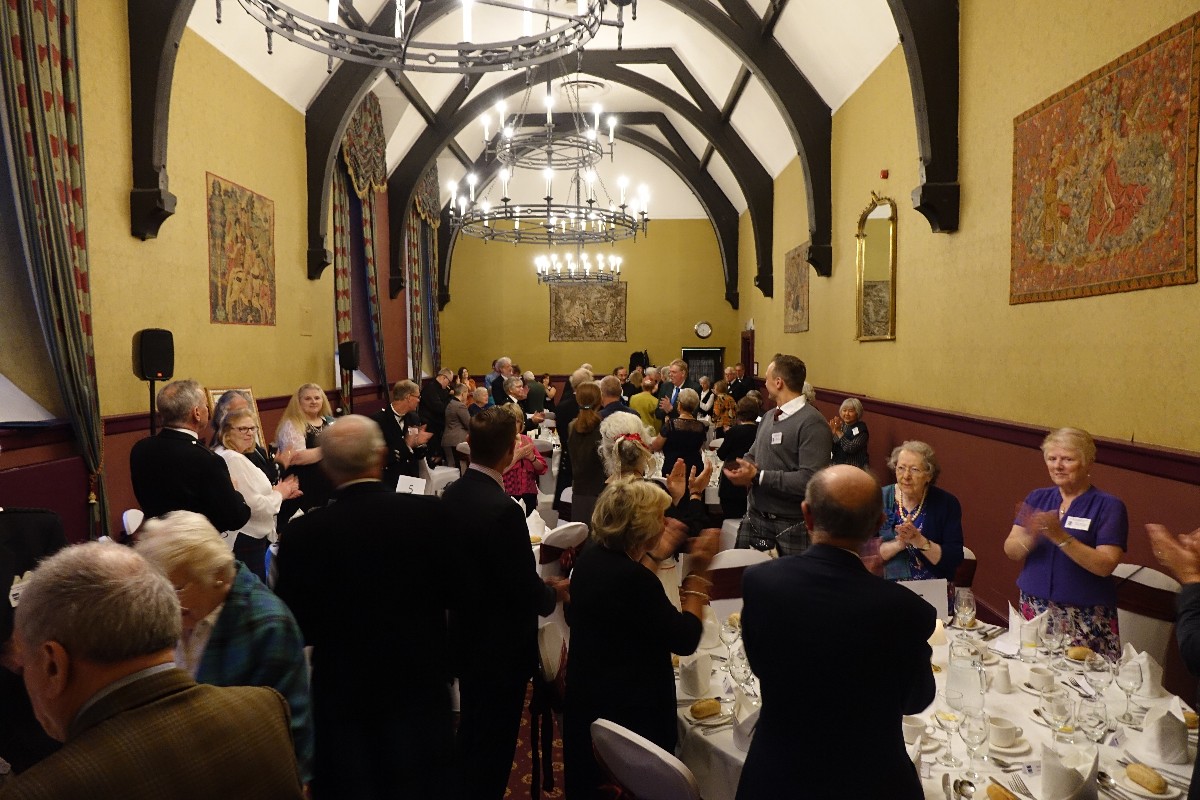 The highlight of the weekend was the formal Clan dinner on Saturday night. Many attendees wear highland dress – Davidson tartan kilts or trousers, with dress jackets for the men, ladies wear smart dresses, often with a Davidson tartan sash.

Attendees made their way to their tables to the sound of the bagpipes, and enjoyed a three course meal. Guests of Honour were the Provost of the City of Stirling, Christine Simpson and her husband, Dr Richard Simpson OBE.

Dinner was followed by a charity auction of an eclectic mix of items. 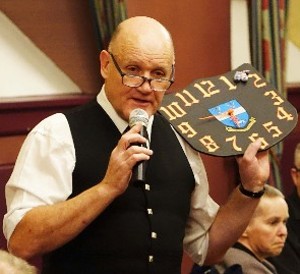 These ranged from a bottle of whisky to the infamous Clan Davidson Clock, which finds a buyer each year, but is brought back for resale the following year, as no-one wants to keep it!

A donation was made to Start Up Stirling, a local charity who run food banks and provide emergency helper packs to those who are trying to set up home again. The evening concluded with everyone enjoying highland dancing, under instruction from the Skelpit Lug Ceilidh Band.