On 18 April 2013, a special event took place at Epsom Racecourse, located just south of London. This year is the 100th anniversary of the death of Emily Wilding Davison, the famous suffragette, who died after she was knocked down by the King’s horse, Anmer, during the Derby Race on 4 June 2013.

Emily was subsequently treated as a heroine by the Suffragette movement, which had been campaigning for many years for women to be given equal voting rights with men. The outbreak of the First World War in 1914 caused the widespead suffragette campaign to be put on hold, and it was not until 1928 that legislation was finally passed in the UK giving equal voting rights to women.

After several years of campaigning, a commemorative plaque was unveiled on 18 April 2013 at Tattenham Corner, the point on the racecourse at which this tragic death occurred. A large group of the wider Davison family descendants, local historians, representatives of women’s groups, and civic leaders from both Epsom and Emily’s home county of Northumberland, met up with London supporters to see the plaque unveiled. Several members of the group also visited the former Epsom Cottage Hospital where Emily Wilding Davidson died as a result of the accident. 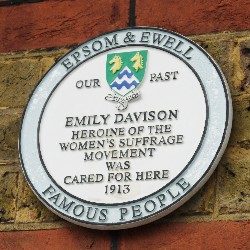 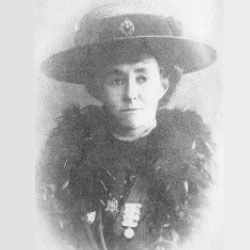 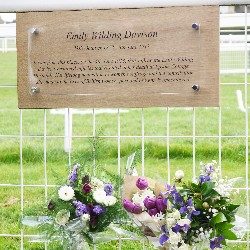